Join the XchangeIT team and save precious time and money.

Learn how to get more product sold in more Newsagencies.

XchangeIT is a Newsagency Industry initiative established by distributors more than eight years ago. Our purpose is to reduce supply chain costs and we achieve this by resolving common data-related challenges in the Newsagent channel. Currently over 2,000 newsagents use our system every day of each week of every year.

The XchangeIT platform focuses on transporting Delivery Data, Sales Inventory Data and Returns Claim Data between product suppliers and newsagent outlets. The platform excels in the area of Delivery Data and electronic Returns claims and has become an indispensable part of business for most of our customers.

XchangeIT Link connects newsagents to a rich range of services from a range of suppliers and distributors.

The key to distributor participation is Sales Inventory Data and the XchangeIT Link platform has the tools to measure, monitor and manage the data each newsagent provides to their suppliers.

When you are Fully Compliant:

1. You save time via electronic Delivery input 2. You manage your cash flow via better Returns management 3. You get a big discount off the base fee of $1,070 (INC-GST) – i.e. you only pay $500 for 12 months when you are a Fully Compliant newsagent. 4. You protect future sales because your Sales Inventory Data helps distributors replenish potential out-of-stock items 5. You run your business more efficiently via a single EDI portal 6. You save time and confusion via a single EDI portal 7. You manage your Returns Claims process more efficiently 8. You know at a glance what’s happening with this part of your business via:

* POS DOS users do not qualify for all benefits due to technology constraints.

The role of the XchangeIT platform is to: 1. Transfer data in both directions between newsagents and suppliers 2. Measure and continuously improve the quality of that data, so that it is useful for your business decisions.

XchangeIT Link suppliers can choose which types of data to exchange, and which newsagents to exchange it with. Today the platform supports four data types however our underlying infrastructure is easily extended to the bespoke data types required by new suppliers, products or workflows.

The four existing data types (which are widely supported by POS systems and widely used- by newsagents) include:

From Supplier to Agent

From Agent to Supplier

Our existing services are designed for use with an approved in-store POS system. Current approved POS Systems are :

We also provide a Returns Confirmation service for approved suppliers and newsagents.

Hi All We hope you enjoyed last month’s article in The Channel magazine on how XchangeIT adds value to the Newsagent industry. We received some interesting comments on the Megatrends section. Please let us know if you would like a copy of the article.

Since FY 2019 is in full swing we thought it might benefit you if we recap our goals for the year so you can join us on the XchangeIT bus of productivity – Climb on board if you aren’t already!

1. Great data Our core business remains the same: to provide reliable data to stakeholders to help them run their businesses more efficiently and effectively. This is the Delivery data, Sales data and Returns data. XIT and newsagents have begun the progression towards using Variance data more effectively, and this will continue to be a major emphasis throughout FY 2019. We are diving into the detail to provide you with full explanations to help you pass your variance, reach Gold status and ultimately become eligible for the No Physical Returns (NPR) programs with both Gotch and IPS – the newsagents who are already on these programs are making great cost savings! Watch for our inspiring case study in next month’s XIT Update. 2. NPR – No Physical Returns Both Gotch and IPS are doing a terrific job identifying and then onboarding agents whose data shows they are accomplishing proper full magazine management. Our role in this initiative to save agents more money is to use the data to identify where an agent needs to improve their processes so they can become a Gold store and therefore eligible for NPR. 3. Sales Promotions Following from the successful campaign for John Sands “Thinking of You” week in June, we are hoping to run more low-cost sales promotions for suppliers.If you have any ideas on who wants to run a promo, please let us know. 4. Using data in combination with promotions We have been working for a few years on smart ways to gather and use data in an aggregated fashion so that we can show trends within the newsagent industry.It is one of the mandates given to us by ALNA. Later this year we are hoping to complete a complex data project. This will hopefully enable us to use data to refine and deliver more successful, tailored promotions for newsagents and suppliers. 5. Reconciliation project POS Solutions and Computerlink customers have developed their systems to enable newsagents to use our Returns Confirmation File to reconcile their Gotch Returns extremely fast and accurately. We hope more POS types jump on board this year. 6. The XIT Newsagent Client We are improving this technology to work faster and more seamlessly while gathering sales data with permission.The data contributes to a supplier’s ability to design improved sales promotions and ultimately more money in your pocket!

None of the above projects would be possible without your support and therefore we thank you for your business. To those many newsagents who volunteer as test pilots for our projects, this is a special thank you - these efforts benefit everyone, making the channel stronger. Please let us know if you want any further information or would like to pilot any of these initiatives. Feel free to call our friendly XIT IT Support on 1300 551 212. All aboard! The XchangeIT Team

ALNA Press Release on Lottoland Australia, 9 May 2018: Australia’s national industry body for newsagents and lottery agents, the Australian Lottery and Newsagents Association, is pleased that parliament has unanimously supported an amendment to the Interactive Gambling Bill that will bring important new consumer protections by closing the loophole that lotto betting sites have been operating out of. Adam Joy, CEO of the Australian Lottery and Newsagents Association said, “Today the lotto betting amendment to the Interactive Gambling Bill passed with unanimous support from the House of Representatives, and without even a division. This will protect Australia from synthetic lotteries. “We are encouraged by the clear intent of the parliament today to rebuke online betting on lottery outcomes in Australia. This is a win for Australians and an endorsement of the Australian Parliament, and we look forward to the amendment passing in the senate in due course. “The Federal Interactive Gambling Act already made it illegal to sell a scratchy online and play a poker machine online, and the federal government moved last year to further strengthen the act with an amendment to ban online in-play betting on sports and banning credit betting, as well as making it illegal for unlicensed operators to offer online poker. And today, we welcome the passing of an amendment that closes a further loophole in the Act by banning online betting on all lottery outcomes. “Given the misleading and divisive campaign run to try and prevent the passing of this Bill, we would like to see this Bill sent to the Senate quickly. In the meantime, the Australian Lottery and Newsagents Association will continue to provide strong advocacy for our members, including to help newsagents receive better deals on the products that they are legally permitted to sell, making sure that they aren’t excluded from access to the digital economy, and providing support to assist them in accessing the opportunities from the Federal Budget. “These include the instant asset tax write-off extension, an extension of unfair contract terms protections, and the new funding provided to the Australian Financial Complaints Authority to give our small business owners access to free, fast and binding dispute resolution.” The Australian Lottery and Newsagents Association is the only national association representing newsagents and lottery agents in every state and territory of Australia, and are the only newsagents’ association with a national ACCC collective bargaining authorisation. As such, it is the only association that is negotiating nationally with Tatts for further improvements. ALNA represents over 2,000 small businesses, many of them family-owned, who rely on the sale of official government regulated lottery products. There are over 4,000 lottery retailers in Australia. On behalf of those businesses and their staff, the ALNA thanks the government for its efforts to bring forward this important reform to protect Australian consumers. In particular, we thank Minister Fifield for his strong leadership, and Michelle Rowland for her bi-partisan support and stakeholder engagement, and also the Minor Parties and Independents. It is evidence that Australian political representatives, no matter what party they are from, understand what is important to fight for.

Here are our Suppliers 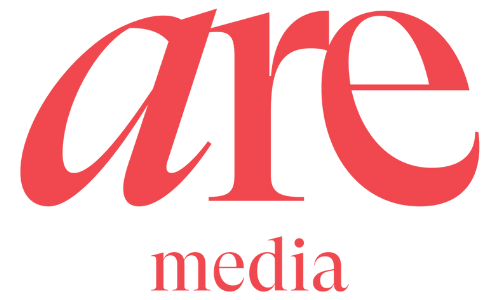 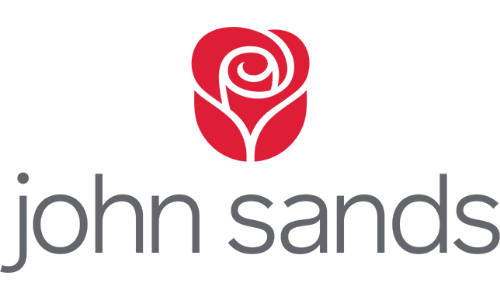